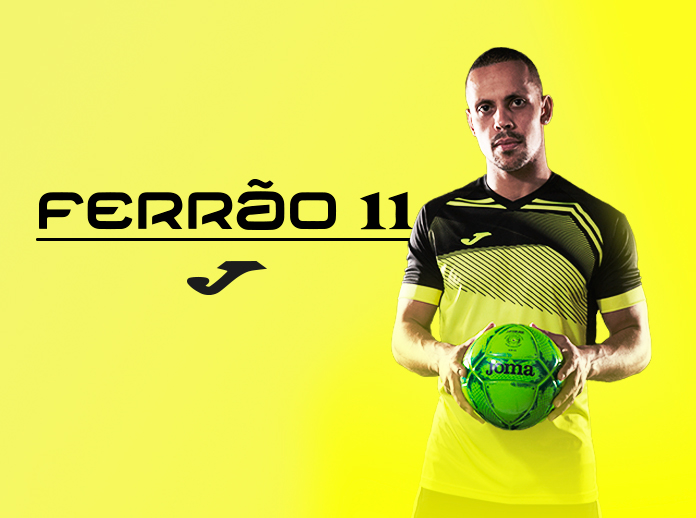 Ferrao, the indoor football player who currently plays for F.C. Barcelona and is a star of the Brazilian national team, is the new star of the JomaTeam. The Brazilian and the Spanish brand will join forces for the next few years as technical sponsors for the player’s footwear and apparel.

His track record is very extensive both at a personal and club level. He has been named twice as the best player in the world by the Futsalplanet, the annual awards of the world of indoor football, the second time in 2021; in addition to awarding him the prize for best player of the LNFS, best pivot and top scorer on three occasions.

At club level, he has been champion of the UEFA Futsal Champions League and of all Spanish competitions: three Spanish King’s Cups, two Spanish Cups, one Spanish Super Cup and one League.

The first official competition that Ferrao will play with Joma will be the next World Cup in Lithuania starting this September 12th as captain of the Brazilian national team, five-time world champion.

Ferrao has a very vertical game and his height and span ensure stability in the team’s game. Because of these characteristics, he has chosen the Regate Rebound shoe as his ally, since it is the model with the most cushioning and reactivity from Joma, thanks to the REACTIVE BALL technology that absorbs the impact of the foot strike and boosts the release of the ball.