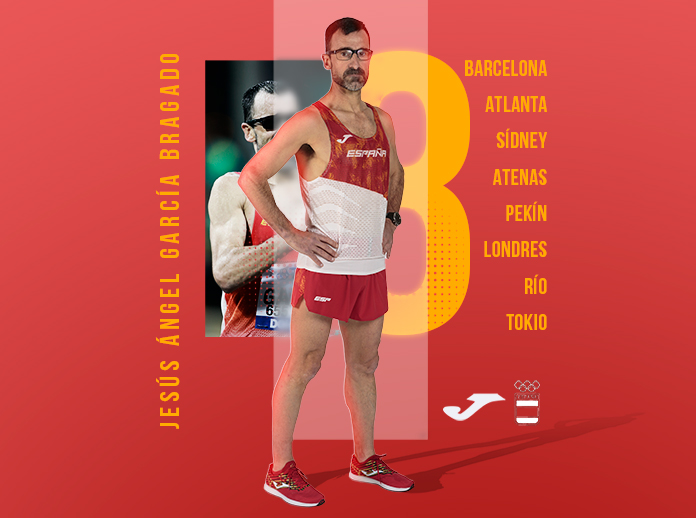 The athlete competed in the most number of Olympic Games in history thus receiving the tribute from institutions, sponsors and family members in recognition of an unparalleled professional career.

When Jesús Ángel García Bragado completed the 50 km walk at the Tokyo Olympic Games, he closed his professional career and his eighth participation in the Olympics, becoming an Olympic legend. No athlete in the history of sport can say the same.

Going down in history deserved a recognition that took place at the Spanish Olympic Committee headquarters where sports institutions such as the Royal Spanish Athletics Federation and the COE itself have participated in, including Joma, the brand sponsor of the athlete, as well as family members as his wife Montse or friends who have influenced his career and other athletes like Ruth Beitia.

In this surprise tribute, a very excited Chuso, collected the fruits of more than 40 years of career span. He made his debut at the Games in Barcelona 92, and since then he has not missed a single one: Atlanta, Sydney, Athens, Beijing, London, Rio de Janeiro and finally Tokyo.

The tribute included the screening of a documentary that looks back at his career in which his parents and wife, among others, took part.

Sports brand Joma has been the main promoter of this tribute. García-Bragado and Joma have been united at various stages during the Spanish walker’s career; in fact his shoes are part of the brand’s museum along with those of other sports historians such as footballer Alfonso Pérez. Chuso ran the last race of his professional career sporting Joma’s R.5000 shoes.