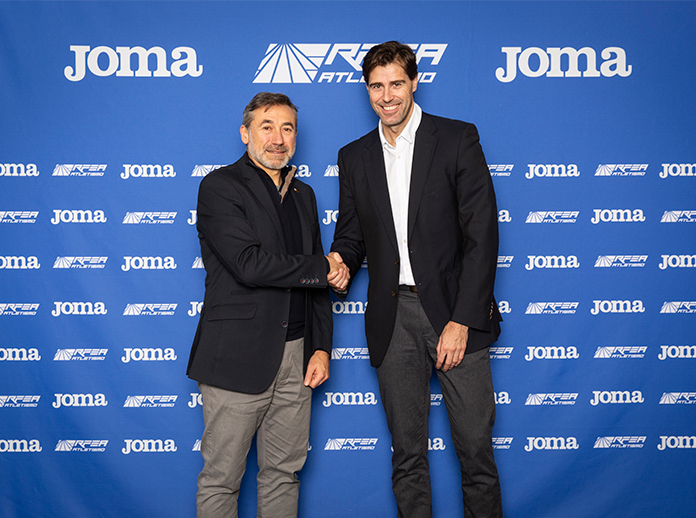 After 11 years of an excellent relationship between the number one Spanish brand in sports equipment, Joma, and the Royal Spanish Athletics Federation (RFEA), they have reached an agreement to renew the sponsorship contract that has been binding them since 2009 in order to continue to standardise Spanish athletes in international competitions. Under the new contract, Joma will continue to be the Federation’s Sponsor Partner until 2024, including participation in the Olympic Games to be held in Paris.

Thanks to this alliance, the National Athletics Team will continue to have a high quality technical equipment that meets the specific needs of each athletic discipline, wearing the brand with all its clothes such as shoes, accessories and clothing highlighting the competition, walking and travel. Joma’s commitment is extended to all categories demonstrating its commitment and support, not only to the elite, but also to the development of new generations of athletes.

As it has demonstrated throughout its history, Joma continues to be committed to innovation, excellence and a commitment to sustainability, all of which are values associated with España Atletismo and which position it as a leading brand in the global sports equipment market.

Every year, more than 575 athletes and 300 coaches and officials benefit from Joma’s garments, but also people and groups linked to the Federation in the field of competition: more than 980 volunteers and 600 judges dress up with Joma to carry out their activity in the competitions.

This agreement comes at a very special moment for both entities, as this year is the Tokyo 2020 Olympic Games where Joma will dress all the Spanish Olympic delegation, and at the same time, it is the 100th anniversary of the foundation of the Royal Spanish Athletics Federation.

This union represents the essence of the motto of Spain Athletics “PASSION TO COMPETE” and becomes a new impulse and renewed energy to accompany the Spanish athletes in the pursuit of their dreams and continue writing the history of our sport.