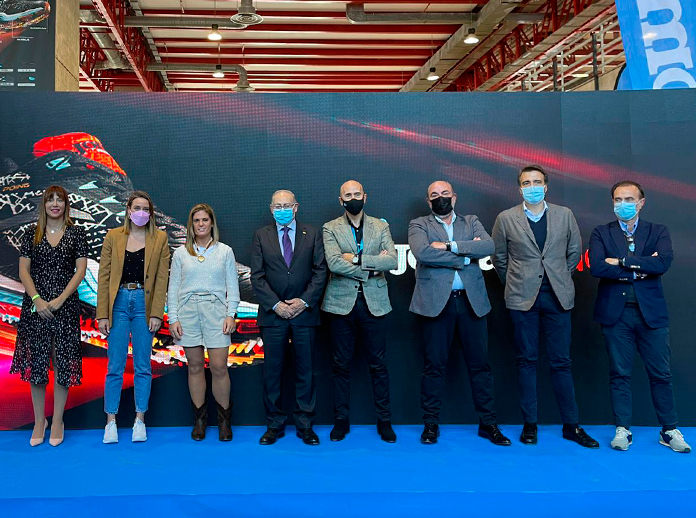 Joma has been in the padel world for several seasons with its line of technical footwear, and now it staged its debut with the launch of its first line of padel rackets. The event took place on December 15th at the World Padel Tour Master Final, where Joma is the official footwear sponsor.

The event, hosted by padel journalist Fernando Timón, presented Joma’s positioning in this sport under the slogan “We are padel”, which is based on the brand’s know-hows in the development and manufacture of footwear and sports apparel, now applied to its padel production. During the event, Mario Hernández, general manager of WPT, who emphasized the mutual trust between Joma and his organization and the security of having the best possible official padel footwear, whereas Marina López, marketing director of Joma, highlighted the strong commitment of the brand in padel and the commitment of a family company.

The world presentation was attended by customers and distributors of the brand from more than 20 countries such as Italy, France, Morocco, Denmark, Belgium, Nigeria, Iran and Russia. In addition to live the World Padel Tour and the experience of the brand, they were able to see the 2022 paddle collection, with significant advances in the professional and intermediate ranges and part of the Spring-Summer 2022 apparel and collection of rackets, which were on display at the event.

The definitive commitment to padel is consolidated by the investments in sponsorships that the brand has made in recent months. Joma is the official footwear of the World Padel Tour, World Padel Tour Challenger, International Padel Federation and the Italian Tennis and Padel Federation, among others.  It also provides apparel for professional circuit players such as Juani Mieres, Zazu Osoro, Javi Rico and Uri Botello.

As far as footwear products go, the Slam shoe is the star of the collection being the official shoe of all sponsorships. Standing out for its excellent cushioning thanks to the REACTIVE BALL midsole, the stability of STABILIS technology and comfort provided by the application of JOMASPORTECH on the upper part of the shoe.