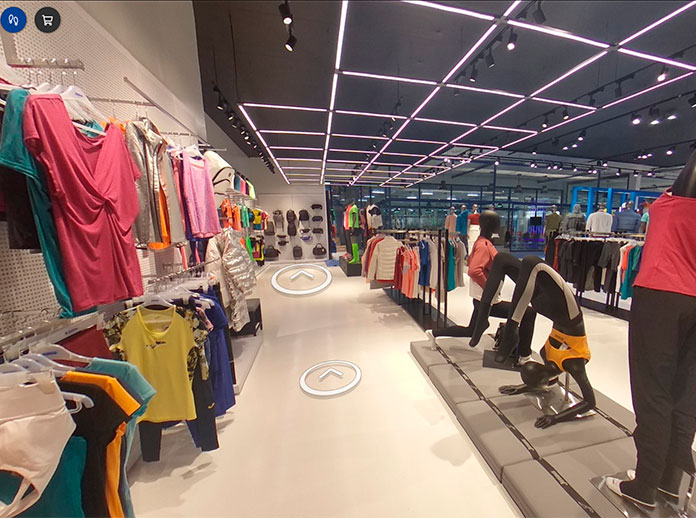 Joma continues to renew its processed and has developed a B2B platform names Joma VR to present its showroom in a telematic way. The company is used to get a good amount of visits interested by the collections on both teamwear and footwear.

Due to the new normal we are living in, where large groups in meetings are discouraged and teleworking is promoted, IT team at Joma has digitalized the showroom where the new footwear and clothing collections are displayed. This has been developed using a 360 degrees camera and a new technological tool that allows to conduct a virtual visit to part of Joma HQ facilities.

Brand Managers already have this tool in place to show to current and potential customers, where many pictures for the new products can also be found. Thus, Joma adapts its B2B to the new normal across Spain.

Joma Sport is a Spanish Brand dedicated to manufacture and merchandising of sports material. Joma is the most important Spanish sports brand, with the highest sales volume around the world and in the top ten of brand worldwide. It was founded by Fructuoso López in 1965 and its progression has been since really fast, being currently present in more than 106 countries and having eight subsidiaries in Mexico, Panama, Brazil, USA, Italy, China, UK and Germany.

Joma Sport is the leader sports brand in Spain and one of the main ones internationally, is present in the top ten of more successful companies distributing its products in more then 106 countries. Sponsors more than 300 professional football teams around the world such as Atalanta BC, Villarreal CF, ACF Swansea, CSKA Moscow, Toulouse FC, RSC Anderlecht, Cruz Azul, TSG Hoffenheim, SD Eibar… And National Teams such as Honduras, Romania, Ukraine… among others. Furthermore, Joma is present in all sports disciplines, dressing National Teams for rugby, handball, Athletics Federations such as Mexico, Spain, Morocco, Slovenia and Bulgaria among others, and eight Olympic Committees which will prove the internationality of the brand in the next Olympic Games in Tokyo.

Thanks to all these sponsorships, Joma is present in all the big football leagues worldwide, in all the international competitions and in the World Cup.

Joma has also linked its image to other sports disciplines such as tennis with Pablo Carreño, Marco Cecchinato, Marcel Granollers or Albert Ramos among others.