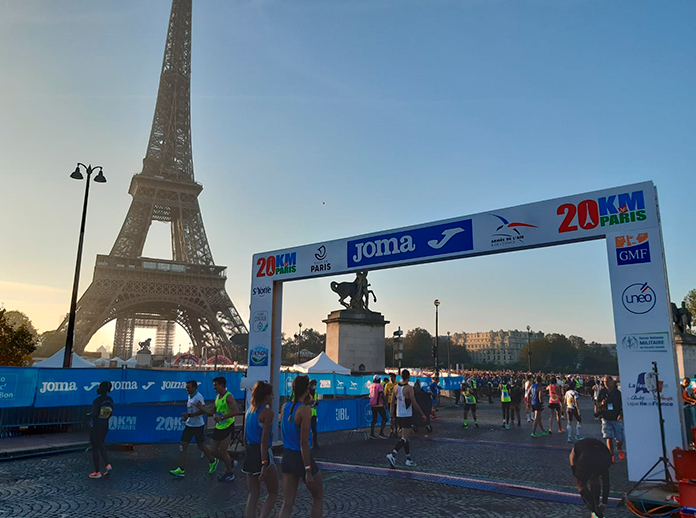 On Sunday, October 10, the streets of Paris once again hosted the traditional Paris 20K, the most attractive popular race in the French capital, after several postponements due to the pandemic. In addition to the more than 15,000 runners in the physical race, the virtual edition also took place, making this edition the most popular one.

Joma, as sponsor of the 20K de Paris, had a strong presence providing all the technical T-shirts that each runner could pick up at the runner’s fair, where Joma set up a 100m2 trade stand; and also thanks to the official running shoe of the race.

At the trade stand, Parisian runners were able to get to know the brand’s complete running collection, as well as the line of customized apparel for the 20K Paris.