Please reserve your product so as not to miss it.We will get back to you in a few days' time.

We received your request correctly.
ALL FOR SPORT
In joma-sport.com we use third-party cookies to improve our products and services by analyzing your browsing habits. By accepting this notice or continue browsing we understand that you consent to our Cookies Policy.

Product added to cart:
Total amount of the cart:

Total amount of the cart:

The Atalanta Bergamasca Calcio, better known as Atalanta is the new Italian soccer team that is in the family of Joma.

The Atalanta Bergamasca Calcio, better known as Atalanta is the new Italian soccer team that is in the family of Joma. Founded in 1907 in the city of Bergamo, it is the equipment with more editions in the Series A.

Known as the Province Queen, since it is the team non based in a capital that have played most editions of A series in one group. Moreover, it is the team that has won more second level Italian championship, six in total, seven more if we consider the promotions to the highest division. Also included in its hall of fame are one Copa title in season 1962 - 1963 and an European Championship semifinals in 1988.

A design for Atalanta Bergamasca Calcio

Joma has created a shirt that preserves the identity of Atalanta B.C. using the colours blue and black as the main feature. It is designed with a new fitting providing greater adjustment to prevent pulling and enhance the player’s comfort.
The new Atalanta B.C T-shirt stands out for its round neck finished in a V and designed in two colours, blue and black. It features elasticated edging for a better fit.

Several details offering excellent quality and fit have been added to the Atalanta B.C. shirt, such as an additional piece located on the shoulders to improve comfort, anti-tear seams at the collar to increase durability or Mesh fabric underarms and sides to enhance breathability.

The players and fans of Atalanta BC can enjoy a fully personalised shirt: the inside of the collar has been printed with the phrase LA MAGLIA SUDATA SIEMPRE and the back features the name of this Italian club with the year it was founded, ATALANTA B.C. 1907.

ATALANTA MAKES IT INTO QUARTERFINALS 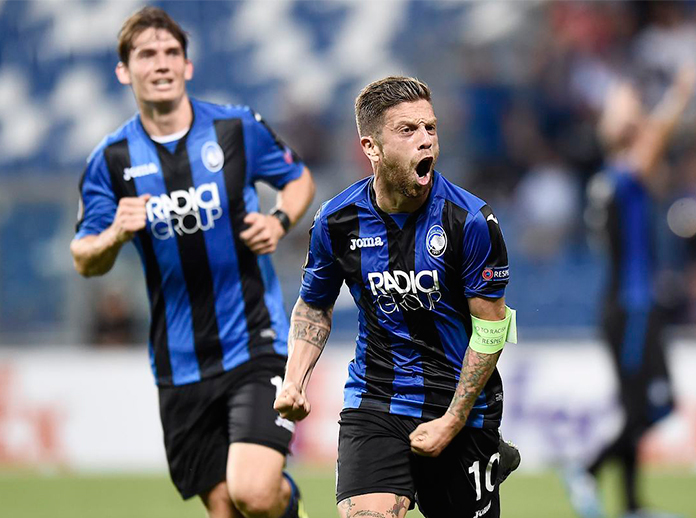 Joma Sport and Atalanta together until 2024 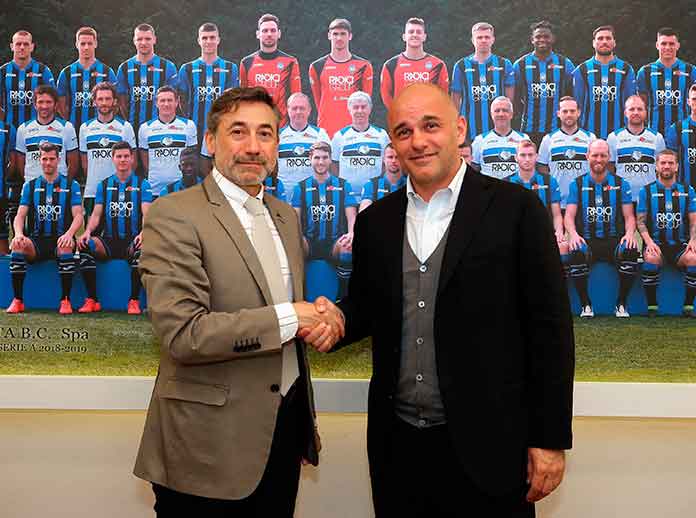 Joma launches “Atalanta B.C. badges" to customise your team shirt and show off the kind of fan you are 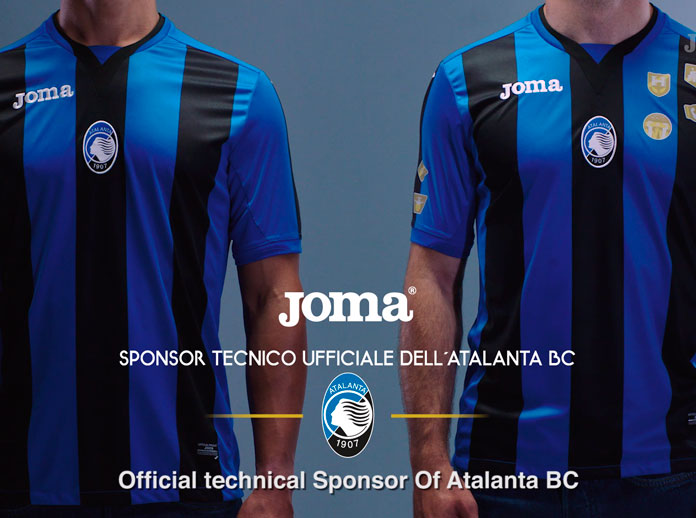 Joma, as technical sponsor of Atalanta B.C., presents the official shirt for the 2017/18 season 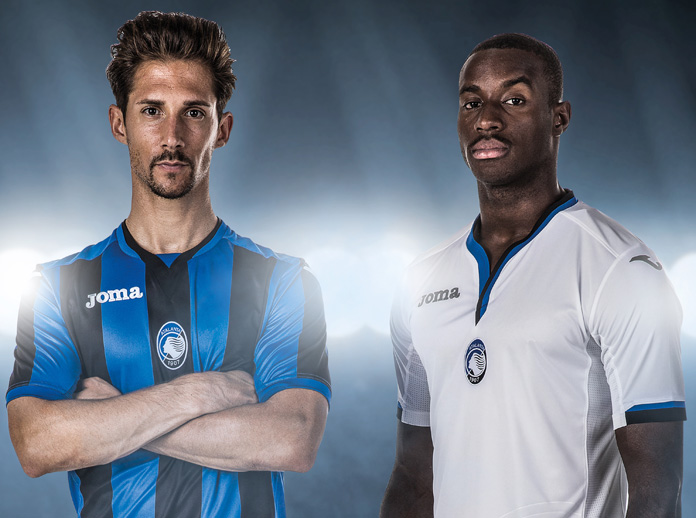